As forecast in our September Market Report, sales have continued to decline on a year-over-year basis. In October 4,961 properties were reported sold in the greater Toronto area, almost 50 percent fewer than the 9,743 properties that changed hands last October. The decline in sales is a continuation of a pattern that started in March when the Bank of Canada began its fight against inflation by increasing its benchmark rate. The Bank further increased the benchmark rate by 0.5 percent in late October bringing the current rate to 3.75 percent. In early March the rate was 0.25 percent, an eye-popping increase of 1,400 percent.

Notwithstanding these incredible rate increases, which in turn have been reflected in rising mortgage interest rates, which currently range between 5.25 to 5.75 percent, there are aspects of the resale market that reflect its underlying strength and resilience. Although average sale prices are substantially lower than in February, over the last few months they have stabilized, and in fact are slowly rising. 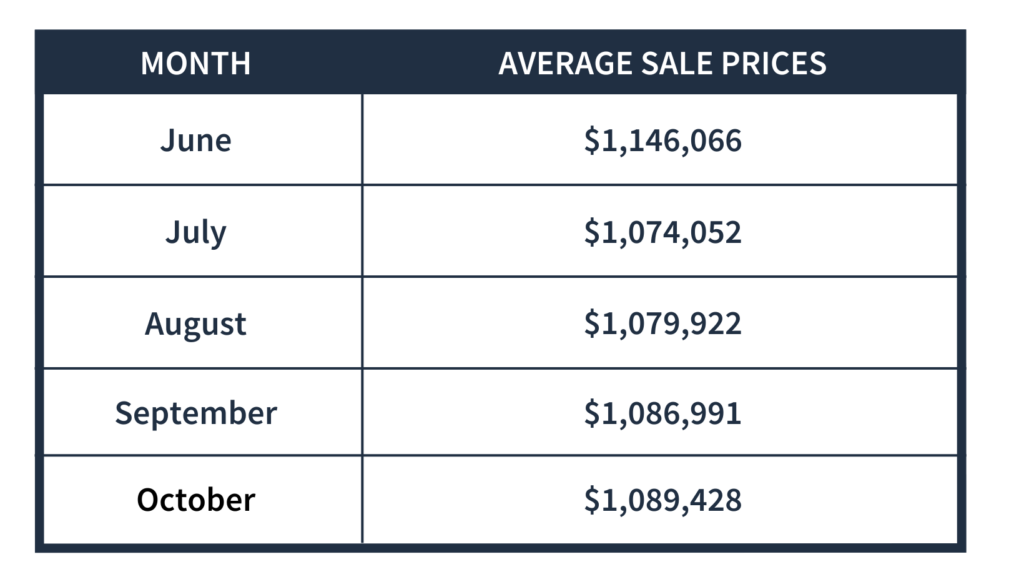 Similarly, the number of monthly reported sales has also stabilized. 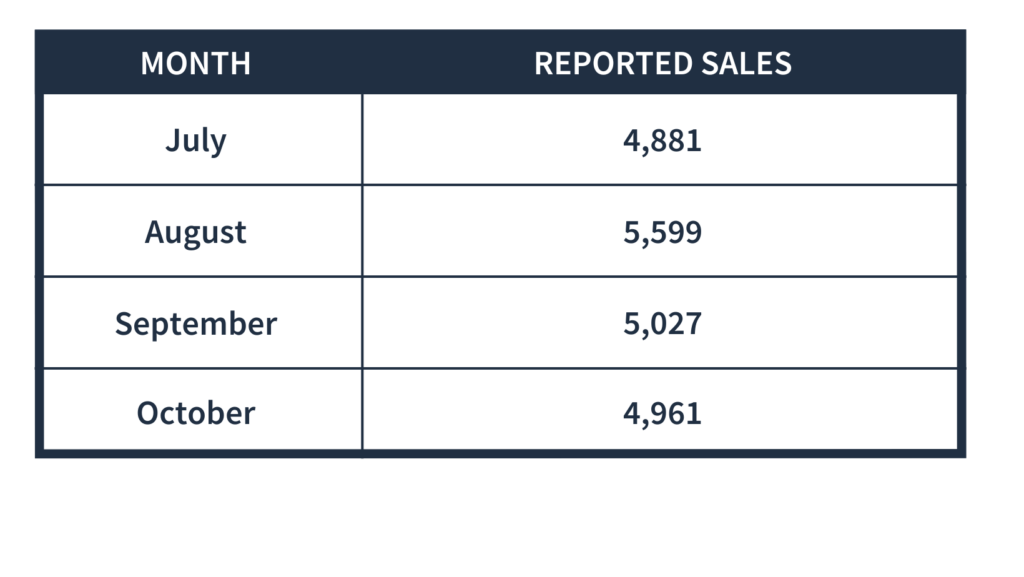 Monthly sales have plateaued around 5,000, again notwithstanding the impact of the rising benchmark rate and, even more surprising, the rise in average sale prices, albeit moderately, over the same period.

It should also be noted that the number of properties coming to market have also been decreasing. In October 10,390 new listings were posted on the Toronto Regional Real Estate Board’s MLS system, almost 12 percent fewer than the 11,749 listed last October.

Granted the number of reported sales is consistent with the reported sales in 2008 during the catastrophic downturn in the equity markets, these three factors stabilized sales, rising (moderately) average sale prices, and the declining number of new properties coming to market – portend what will happen to the Toronto and area resale market at the first sign that mortgage interest rates have stabilized, and more importantly when they reverse and start heading downward. When that happens the market will dramatically accelerate, returning to a pace reminiscent of pre-pandemic levels. Based on the Bank of Canada’s most recent pronouncement on the economy and inflation, that should happen by the second quarter of 2023. The Bank indicated that by the end of next year inflation should be reduced to 3 percent returning to 2 percent by 2024. 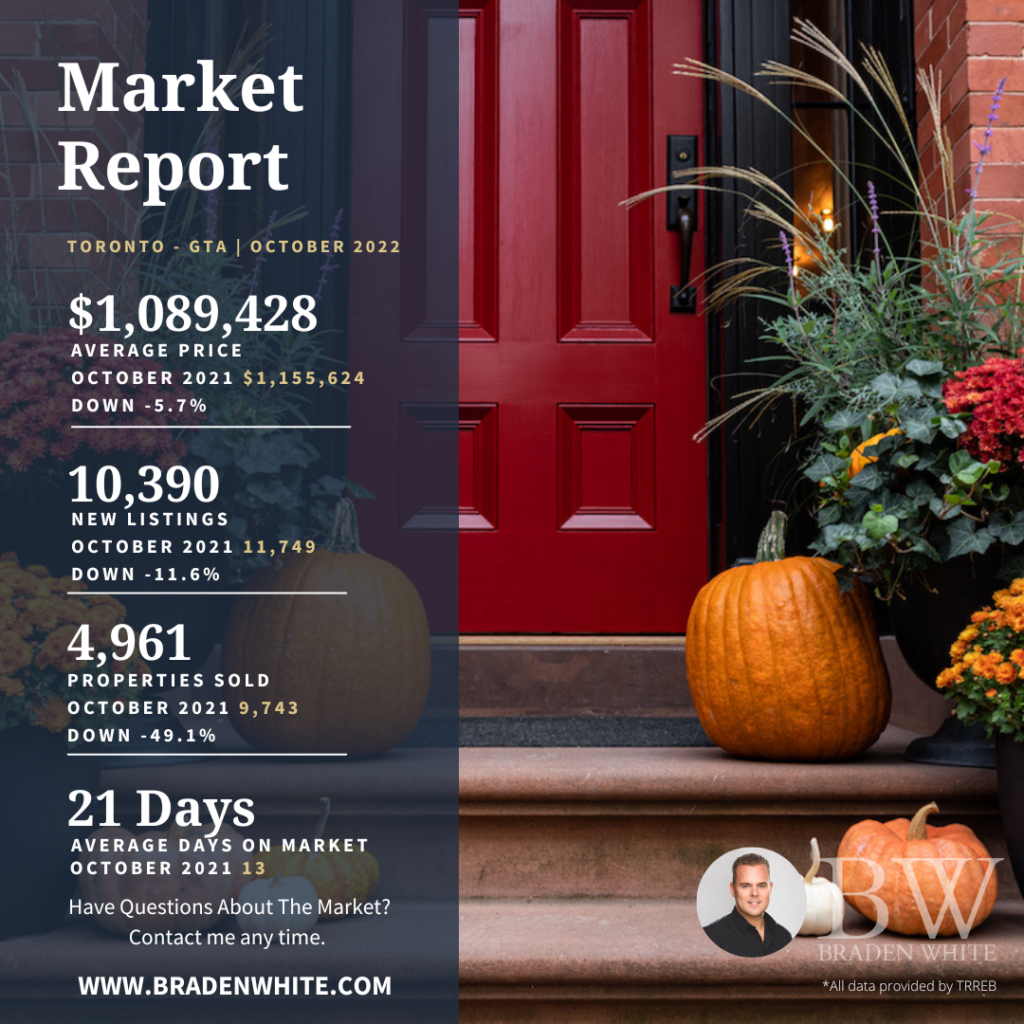 On November 1st, the Federal Government announced that it is planning a massive increase in the number of immigrants entering Canada, with a goal of bringing 500,000 new immigrants to this country by 2025. In the interim, over 400,000 new immigrants will be entering Canada in each of 2023 and 2024, and close to half of them finding their way to Ontario. All of these factors point to the resurgence of an incredibly strong resale market in the greater Toronto area. Notwithstanding the recent provincial government announcement of legislation designed to increase supply (More Homes Built Faster Act, 2022), optimistically by 1.5 million homes over the next decade, demand will painfully outstrip supply, creating pandemic-like resale market conditions.

Looking ahead to the end of 2022, what we have been experiencing, both in terms of sales and average sale prices and as set out in the charts in this Report, will continue with little change, except for a further seasonal slowdown in December and January of 2023.