There were no surprises in the May residential resale market data. As a result of rising mortgage interest rates, a process that started in March, the number of properties sold has declined, and average sale prices have moved downward from the record-breaking highs of February. 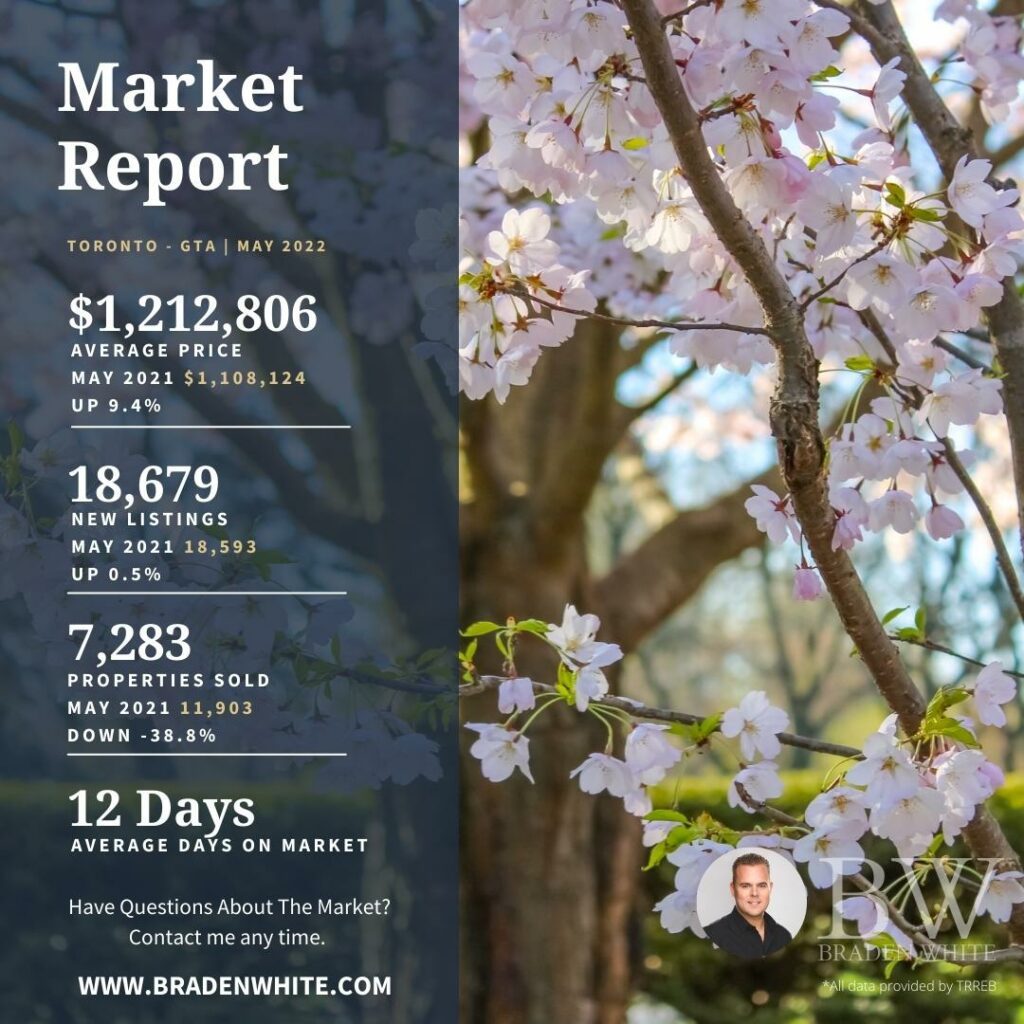 It should be noted that even with this decline, the average sale price in May remains 9.4 percent higher than that achieved last May ($1,084,124).

These results are not surprising. As more of the greater Toronto area’s population has been vaccinated against the Covid virus, and as the City of Toronto with its many amenities has opened up, the forces driving buyers to move to the 905 region, the need for more space, ground-level housing, and a sense of safety in less dense communities have begun to wane.

May’s market performance should not be misinterpreted as a market “correction”. Most of the economic factors that drove the resale market through the pandemic, and even before, are still at play, primarily the lack of supply and immigration to southern Ontario. Separate and apart from declining average sale prices and unit sales, the market continues to behave as it did before mortgage interest rates began to rise.

This is not a market correction. Rather this data reflects a market attempting to come to grips with higher rates, with more to come. Higher mortgage interest rates have had a psychological as well as an economic impact on the market, particularly on those buyers that are mortgage-rate sensitive and struggling with affordability.

At the other end of the market spectrum, properties having a sale price of $2 Million or more, the decline in sales was also not as severe as the overall market. Whereas the overall market declined by almost 39 percent, year-over-year, month-over-month, sales of $2 Million plus properties only declined by a little more than 22 percent, making it clear that not all sectors of the housing market are responding similarly to rising mortgage interest rates.

Looking forward, higher mortgage interest rates will cause average sale prices to decline, but marginally, plateauing during the summer months. The greater Toronto area, and in particular the City of Toronto, has a very high employment rate, and demand remains strong. Unless the Bank of Canada raises the benchmark rate to the point that it drives the currently strong economy into recession, the lack of supply and increasing demand will keep the market strong, and unfortunately unaffordable. When inflation subsides, and the benchmark rate declines, economic conditions and the housing landscape will be very similar to the tight market that existed just before the pandemic became a factor. So what we are witnessing is a hiatus in the housing market, not a correction.