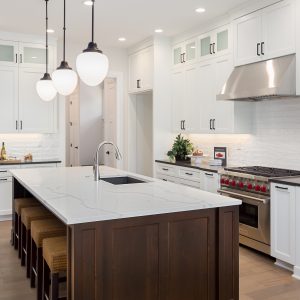 The market has not recovered to where it was in April 2017, but it is showing signs that it might, particularly in the City of Toronto (416 region). The reason for this recovery is obvious. The fundamentals that drove the frenzied early 2017 resale market are unchanged: strong employment numbers, a growing economy, migration to the greater Toronto area, and insufficient inventory to meet buyer demand. With more than 100,000 people migrating to the Toronto area annually, the supply-demand scenario is no longer in balance. It’s a testament to the strength of the Toronto resale market that it has continued to recover notwithstanding three mortgage interest rate hikes and new more rigid stress testing for mortgage qualification.

Condominium Apartment sale prices are, like other housing forms, being driven by a severe lack of supply. At the end of April, there were only 2,130 apartments available to buyers, a little more than one month’s supply. Last year at the height of Toronto’s frenzied market there were 2509 condominium apartments on the market, a year-over-year decline of available inventory of more than 15 percent.

The high-end market has been the only laggard in Toronto’s resale market. Year-to-date only 600 properties having a sale price of $2 Million or more have been reported sold. Last year 2221 had been reported sold, a decline of more than 73 percent. This market sector is, however, also improving. In April the negative variance, as compared to last April, was only 48 percent.

The Toronto and area marketplace is beginning to send out two powerful messages. Firstly, the foreign buyer’s tax that was part of the Ontario Fair Housing Plan was directed towards a non-existent enemy. There were no hordes of foreign buyers buying Toronto real estate. There were no barbarians at the gate. That has been subsequently verified by not only the provincial government but by other sources, namely the Toronto Real Estate Board and CMHC. Secondly, the Toronto resale market is being driven by local, domestic forces. That being the case, governments should abandon any attempt to engineer the marketplace and focus on measures that will help the increase of supply.