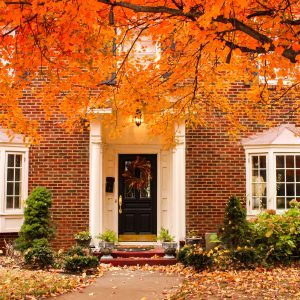 The real surprise in October was that the Toronto and area marketplace was more buoyant than expected, especially with a further interest rate hike during the month coming from The Bank of Canada. After being at 0.5 percent for two years, the Bank’s rate has jumped to 1.75 percent in the last 18 months with the latest increase in October.

Notwithstanding these increases, sales in October were 6 percent higher than in the same month last year, and the average sale price for all properties reported sold increased by 3.5 percent.

For example, the increase in the number of sales in the 416 region was more than 8 percent compared to last year, and the average price came in at almost $870,000, more than 8 percent higher than the overall average sale price of $807,340 achieved in the greater Toronto marketplace.

There were other differences as well. All sales in the 416 region took place in only 20 days, whereas it took 24 days for properties to sell in the 905 region. Available inventory is substantially higher in the 905 region. Outside the City of Toronto, there are 2.6 months of inventory and only 1.9 in the City of Toronto. In actual numbers, the number of available properties in the greater Toronto area totalled 18,926 of which only 5,665, or 29 percent, were located in the 416 region. It is not surprising therefore that in the City of Toronto all properties that sold did so for (on average) 100 percent of their asking price, whereas 905 properties only achieved 99 percent of their asking price. There is no doubt that the average sale price as compared to list price achieved by 905 sold properties was even lower than the reported 99 percent. The reported sale price does not account for any reductions in asking price that may have occurred during the life of a listing.

As these numbers indicate there has been no moderation in sale prices in the City of Toronto. In October the average sale price for all detached properties came in at over $1,300,000, semi-detached properties came in at over $1,000,000 and condominium apartments came in at 603, 153, almost 9 percent more expensive than they were last year. Concerns about affordability in the City of Toronto are well-founded.

Another positive change in October was the performance of higher-priced property sales. This sector of the market had been lagging, notwithstanding the improvement of the broader market over the last year. In October 234 properties in the greater Toronto area having a sale price of $2 Million or more were reported sold. Twelve of these reported sales were condominium apartments. Last year only 208 properties in this price category were reported sold, a year-over-year improvement of more than 12 percent.

As 2018 comes to an end the concern going forward will be available inventory. In October 14,431 properties of all types came to market, almost 3 percent less than the 14,837 properties that came to market last year. As we enter November, there are only 18,926 available properties for buyers, a number almost identical to the number available last year. Over the past 5 months, annual sales growth has outdistanced the number of new listings coming to market, highlighting the unenviable fact that supply remains and is becoming an increasingly troubling issue in the Toronto and area marketplace.

The number of condominiums available for sale has also dwindled. At the end of October, the available stock in the City of Toronto totalled 1.6 months of inventory, with all sales taking place in a mere 20 days and at 100 percent of their asking price.

There is no doubt the market is strong and stable. Even the mortgage interest rate hikes and the now applied stress testing —- borrowers must qualify at rates approximately 2 percent higher than what they will be paying —- have not destabilized the market, although they have had a moderating effect. Even with declining inventory levels, the higher borrowing costs will constrain uncontrollable increases in sale prices.