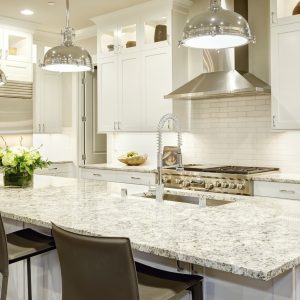 There were no surprises in December. The year came to an end as expected. Higher borrowing costs and the new stress testing measures implemented at the beginning of the year are now a driving force in the Toronto housing landscape. The landscape is now one of moderating sales volumes and average sale prices, as was made evident in December’s resale data.

In December sales declined by more than 22 percent compared to last year. Last December 4,876 properties were reported sold by Toronto and area realtors. This year that number shrank to 3,781, the lowest number of December sales since the 2008 recession. December’s sales brought total sales for 2018 to 77,426, a decline of 16 percent from the 92,000 plus sales recorded in 2017, and more than 30 percent fewer than the 113,000 sales reported in 2016. In 2016 mortgage interest rates were half of what they are today, and borrowers did not have to qualify subject to rigid stress testing rules.

In December the average sale price for all properties reported sold in the greater Toronto area held up well, coming in at $750,180, 2.1 percent higher than the $734,847 average sale price achieved last December. On an annualized basis, however, Toronto’s average sale price declined by slightly more than 4 percent, from $822,000 last year to $787,000 in 2018.

Notwithstanding these negative figures, the landscape for resale housing remains fractured. It could be argued that these negative numbers are due not only to higher borrowing costs and the stress testing measures but to a lack of supply. In December only 4,308 new listings came to market. Last December 6,289 new listings came to market, a decline of over 30 percent. Heading into 2019 there were only 11,431 properties in the greater Toronto area available for buyers, a decline of more than 11 percent compared to the almost 13,000 available properties last year at this time. Most of the available properties are located in the 905 regions of the greater Toronto area. In the City of Toronto, there are only 3,270 properties available to buyers. In fact, 72 percent of all available inventory is located in the 905 regions.

These property shortages would normally result in substantial price appreciation. Normal however is no longer 2.5 percent five-year fixed mortgage interest rates. Bank posted rates are currently 5.59 percent, and even if that isn’t the rate borrowers will have to pay, the buyers will, because of stress testing, be required to qualify at that rate. The disappearance of cheap and easy money is now driving the Toronto and area market place.

Looking forward, certainly, in the short term, there is nothing on the horizon that will see any dramatic changes to the current Toronto real estate market. Sales volumes will be lower than historic norms, and average prices will continue to moderate. Currently, unemployment numbers are at a 40-year low. Subject to stability in the mortgage markets, wages should start to rise beyond inflationary levels which with time will ease our prevailing affordability problems, which in turn should see moderate increases in sales volumes and to some extent in average sale prices. The process will be slow with both buyers and sellers at times adjusting painfully to the new resale landscape.