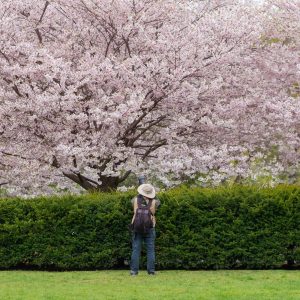 For the second month, the Toronto and area market place produced double-digit increases compared to the same month last year. In May 9,989 residential properties were reported sold in the greater Toronto area, a stunning 19 percent increase compared to the 8,402 that sold in 2018. The recovery of the Toronto housing market is due to a number of factors.  The mortgage stress testing rules introduced in January 2018 appear to have been absorbed by buyers. More resale properties have come to market, although still not enough to create a balanced market.  And lastly, interest rates have edged downward, softening the impact of the new mortgage stress testing.

The increase in the average sale price was driven by an increase in the number of expensive homes that sold in May. This month 293 properties having a sale price of $2 Million or more were reported sold. That compares favourably with the 243 that were sold in 2018, a 20 percent increase. Over the past two years, higher-end sales have been relatively dormant.

In May 19,386 new property listings came to market, an almost identical number to the 19,237 that came to market last year. Unfortunately, the new listings that came to market were insufficient to effectively increase the supply. At the end of May, there were 20,017 properties available to buyers in the greater Toronto area, almost 5 percent less than were available at the same time last year. As the resale market moved into June there were 2.5 months of inventory in the 905 and only 2 months of inventory in the City of Toronto.

Not only did more properties sell in May with rising prices, but all sales took place at lightning speed.  All properties sold (on average) in only 19 days.  Depending on the type of property and location, the speed of sales was even faster.  For example, semi-detached properties in Toronto’s central core sold in only 14 days.  In Toronto’s eastern districts they sold in only 10 days, at 106 and 109 percent over the asking price, respectively. Generally, it took much longer for properties to sell in the 905 region, ranging from 25 days in the Halton region to 36 days in Simcoe County. Sale in the York region took 27 days.

Looking ahead to June we can anticipate that sales will probably decline from May’s torrid pace to a more moderate 9000 sales, with the average sale price increasing moderately by about 3 percent.  Price increases in this modest range are exactly what the Toronto resale market needs in order to remain sustainable.