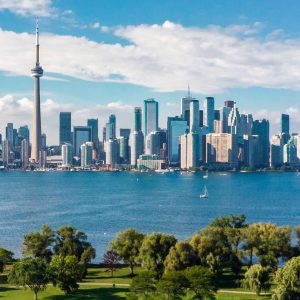 The residential resale market rebounded in September after five months of declines in sales and the lull of the summer months. There were 9,046 sales reported in September, 18 percent fewer than reported last year, but more than 5 percent higher than the 8,580 reported sales in August, the first month-over-month increase since the early spring of this year.

As indicated in our August Report, there are a number of themes that are driving the market, themes that will continue at play for the remainder of this year and into 2022.

Average Sale Prices for all properties sold have been fairly stable through 2021. The average sale price has been approximately $1,080,000 since February, fairly consistent throughout those months, including the month of March, which saw the market deliver an unbelievable 15,629 sales.

In September average sale prices in the 905 Region once again accelerated much faster than in the City of Toronto, as is illustrated in the chart below. 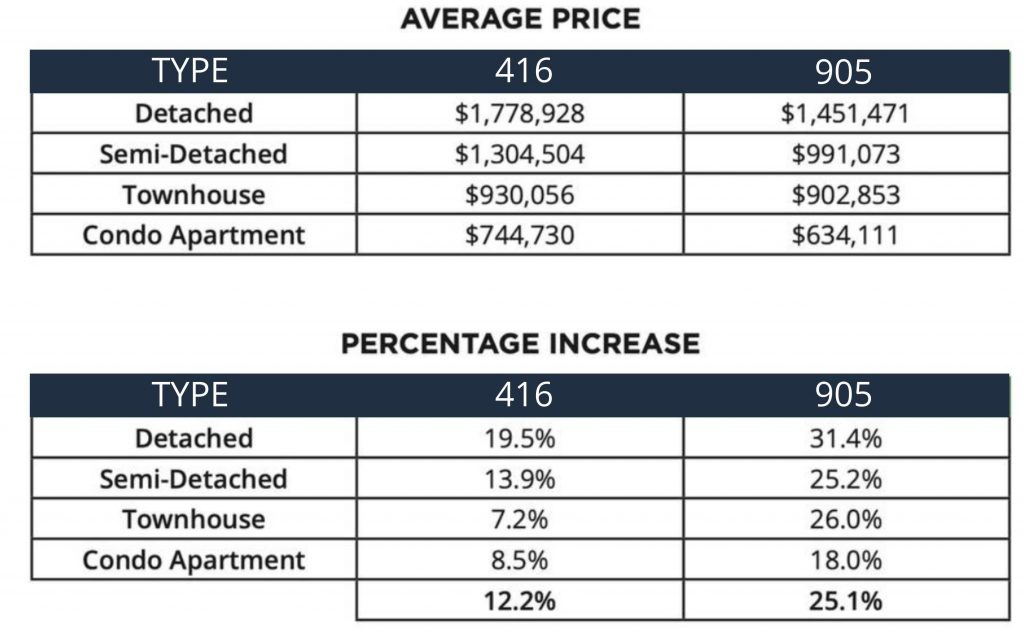 As measured against all property types, the average sale price increased by more than 25 percent in the 905 Region as compared to only 12.2 percent in the City of Toronto (416).

The reason for this disparity is obvious. House prices of all types remain substantially less expensive in the 905 Region as compared to the City of Toronto, however they are catching up.

September has clearly illustrated that demand, throughout the greater Toronto area, is dramatically high, and unfortunately, supply is chronically and historically low. It was no surprise that affordable housing was a key campaign platform for all parties during the recent national election.

At the end of September, there were only 9,191 available properties throughout the greater Toronto area, almost 50 percent fewer than last year. It is not surprising therefore that all properties that came to market in September (on average) sold in only 14 days, and substantially less in some sub-markets; for example, semi-detached properties in the City of Toronto (only 11 days). What is especially concerning is that the available supply in the 905 Region has dwindled dramatically.

To reiterate, the list price of properties today is only a starting point.

Going forward the five trends that have been discussed in this Report will continue to influence the resale market. Expect sales in October to be even stronger than September, with continued pressure on sale prices due to the lack of available supply.