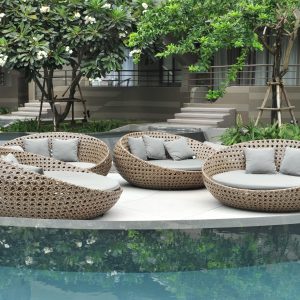 Nasty year over year comparisons came to an end in June. For the first time in more than a year, we saw positive variances in the number of sales and average sale prices. It was unrealistic to compare the first few months of 2017 to any period. Those months represented the most frenetic period in the history of the Toronto residential resale market, even more, dramatic than Toronto’s last frenetic increase in real estate prices in the late 1980’s. Last year’s collective market psychosis was fueled by historically low-interest rates, demand that exceeded supply, and an unrealistic belief that house prices would never stop rising. When the Ontario Fair Housing Plan measures were introduced in late April, it was the electric shock that woke up the psychotic market. What the government’s measure couldn’t impact was demand. With a large number of people migrating to the greater Toronto area annually and the limited amount of new supply available to buyers, demand will always remain strong. It’s not surprising therefore that the residential resale market produced such strong numbers in June.

Demand and supply will continue to play significant roles going forward. It is troubling that only 15,922 properties came to market in June. Last year 19,561 properties came to market, a decline of almost 19 percent. Although active listings at the end of June were on par with the number available to consumers last year, most of that inventory represents the residue of the market build-up following the implementation of the Ontario Fair Housing Plan.

What the average sale price belies is the fact that it was achieved notwithstanding that the high-end of the market continues to lag. In June 237 properties were reported sold having a sale price of $2 Million or more. Last year 264 were reported sold over the same period. On a year to date basis, 1,067 properties in this price category have been reported sold, a stunning reversal from the 2,483 that sold last year. June’s results are, however, encouraging, and as continued positive variances are produced through the balance of 2018, the higher-end will begin participating equally with the rest of the residential resale market.

The long-term problem will become affordability. Average sale prices are starting to inch towards the numbers that prompted the Liberal government to implement the 15 percent foreign buyers tax. In the city of Toronto, the average sale price for all properties sold was $870,559, approximately 9 times the average household annual income. The resilience of the Toronto and area market makes it clear that if there is insufficient supply, and growing demand, no amount of government engineering will make housing more affordable. It will take a collective political will at the municipal, provincial and federal levels to address the supply issue. Unfortunately, we have seen no collective initiative in this regard.