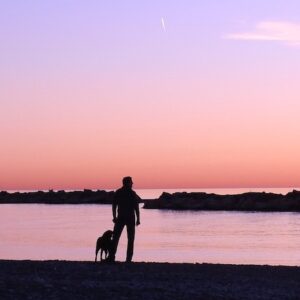 It’s no secret that living by the beach has its perks. From the incredible sunrises to the sound of waves crashing against the shore, there are plenty of reasons why people choose to live near the water.  As someone who lives and works in The Beaches area, one of the reasons I love living in this beautiful community is the easy access to the beach and Lake Ontario. During the summer months, it’s often easy to forget that you are in Toronto and not on vacation somewhere south of the border, for that very same reason, it’s easy to forget about the dangers that come along with swimming in the Lake.

Unfortunately, as beautiful and inviting as the lake is, it’s beauty is often a disguise for the dangers that come along with swimming in it. As you are likely aware, every summer there seems to be at least one or two drownings in Lake Ontario, if not more. In 2020, there was a total of 244 drownings in Ontario and many likely could have been prevented with proper water safety education and practice. As a parent of two young children, it breaks my heart to think about how the parents must feel when they receive the worst possible news a parent can receive. For that reason, I have put together this post in order to hopefully help prevent more innocent people from drowning.

I must first clarify that I am not a lifeguard or swim instructor. The information being provided in this blog has been sourced from other online sources and should be taken with caution. It is important to speak to a certified swim instructor or a lifeguard for more information about rip currents or to ask any questions you may have. For further questions or concerns, try speaking with the Lifesaving Society

Below are three videos which explain what a rip current is and what you should do if you find yourself stuck in one. The 5 main takeaways relating to surviving a rip current are listed below but it is important to watch the videos in full.

If you see someone caught in a rip current, the best thing you can do is throw them something that floats such as a life jacket, noodle, paddle board, beach ball, boogie board, life saver, literally anything that floats  and get a lifeguard right away. Do NOT try to swim out to the victim to help as this increases the odds of you drowning which isn’t helpful to the victim or yourself.

Hopefully this information is helpful. Make sure you share this important information with your children before the swim season begins.

Wishing you and your family a safe summer. 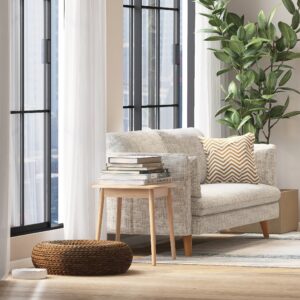 As forecast, the rising mortgage interest rates (not to mention other factors at play, like the war in the Ukraine, inflation, and ongoing supply chain problems) had a direct impact on the number of residential properties reported sold in April. At the end of April, the five-year fixed mortgage rate was 4.19 percent. In February the five-year rate was 2.79 percent, an increase of more than 50 percent in a mere two months. Coupled with the mortgage stress test that all borrowers must undergo when qualifying, it is not surprising that many buyers, particularly first-time buyers, have been forced out of the market. Those who qualify may have had to lower their price-point expectations.

One should not interpret the decline in sales as an indication that the Toronto and area residential resale market is softening or becoming more affordable. Properties sold at lightning speed in April and at strong prices. Prices were lower than the record achieved in February ($1,334,408), but still 15 percent higher than the average sale price of $1,090,414 delivered last year. This April the average sale price came in at $1,254,436, a 6 percent decline from February’s record number.

Rising mortgage interest rates should not cause market observers to lose focus on the fact that resale inventory levels remain historically low. In April months of inventory were only 0.9 for the entire greater Toronto area, and as in the case of days on market and sale to list price performance, even less depending on location and property type. Last year’s months of inventory were 1.3 months. With large numbers of immigrants making their homes in the greater Toronto area, the demand side of the market will continue. Almost 50 percent of more than 400,000 immigrants coming to Canada in 2021 relocated in Ontario and the greater Toronto area.

As we move into the late spring and summer months, and as interest rates continue to rise, we can anticipate negative variances compared to corresponding months in 2021. Notwithstanding these variances, and as this report has pointed out, the resale market will remain strong and as unaffordable as it has been since the beginning of the pandemic.